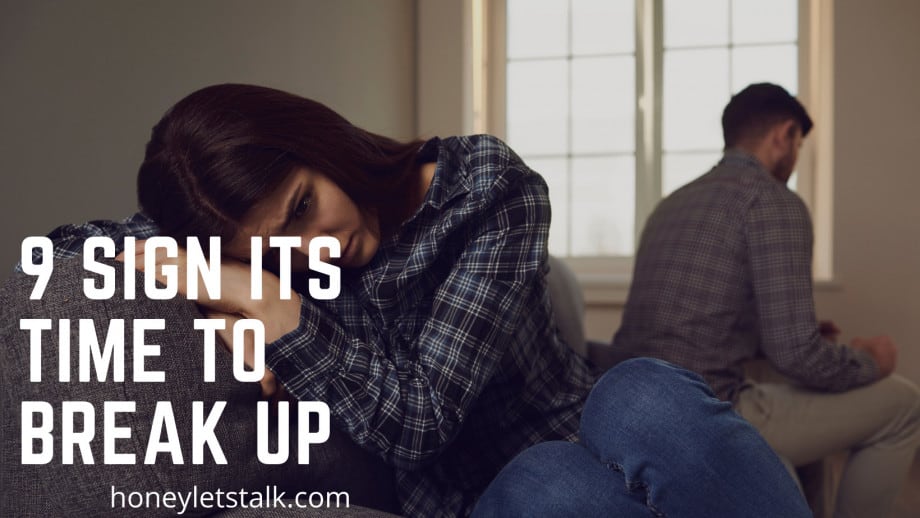 If you have ever struggled to break up with someone you’re not alone. I once was there, trying to figure out the perfect time to end the relationship. To be honest, I thought there was going to be a time when all the stars would align and I could just ask him to break up with me.

What? Wait, what did he say? Yep, this actually happened. See, every time we talked about breaking up he would always tell me that it was not a good time for him because we loved each other.

After a while, I started believing him and decided to stay in the relationship until the perfect timing came along. Am not the kind of person who gives up on things easily so I gave it another shot. Well as you can imagine after two more years nothing had changed except that I now felt stuck in an unhappy long-term relationship.

Looking back on my situation, I realize how silly it is to think that there is one perfect time certain events will happen in our lives; like a person coming out of a job interview saying; “That job is so much fun I think it will be the perfect one for me!”

What defines time as being perfect? When should you end a relationship? What’s the set of conditions that make it possible to break up with someone and move on? Having gone through this experience I recommend looking for these red flags to determine if it’s time.

Any Form Of Abuse

We can all have a bad time in the heat of an argument, but when you’re constantly being put down and made to feel worthless this is abuse. Recognizing that it’s not normal for someone to make you feel this way will help you find a way to talk about it or get out of the relationship.

Abuse is something that shoundn’t be tolerated no matter what the circumstance.

If the abuse continues , you might want to consider talking with a professional and getting some help.

The time for change can be difficult, but if the abuse continues it’s time to take a break from the relationship.

If physical violence is involved in any way, contact an emergency services provider such as 911.

If your partner always puts you at the bottom of his list, it’s time to break up. When a boyfriend starts ignoring your calls and stops replying to messages, he isn’t treating you as part of his life.

When He Is Ready To Give Up On The Relationship

If you have been together for a very long time and yet nothing has changed between you guys except arguing about mundane stuff over and over again, then it’s high time to break off the relationship for good.

No one should ever stay in such a toxic environment where they are not happy or uncomfortable. If this sounds like the kind of relationship that

When He is Unable To Talk About The Relationship

If he is not able to talk about what is going wrong or get specific on what happened between both of you then something is wrong.

When someone close to us can’t find words to describe what’s bothering them we also experience this difficulty. This is called an emotional disconnect which might lead to the end of a relationship.

You might also consider looking at your partner’s relationship with someone else, especially if they are not open about their relationship.

If they don’t talk to you about the other person or even introduce you, then I would say that something is wrong between both of you.

Insist that he gets out of an unhealthy relationship and assure him that you will be there for him when he does so.

When He Or She Doesn’t Respect You

If your partner fails to respect you as a human being then it’s time to break up with him/ her. You deserve good treatment from anyone who wants to call yourself your boyfriend/girlfriend or spouse.

Who knows maybe this will end up saving the life of your beloved one? After all, love is really just about accepting each other for all that we are.

When They Can’t Handle The Little Things You Do

Every relationship has its ups and downs. If you find yourself nagging about the little things like your partner being late or forgetting something, then chances are they won’t be able to handle it when bigger issues arise in your relationship.

It may also be a sign that he is too controlling and will not let you grow as an individual with your own interests. This kind of behavior can stunt a person’s growth both emotionally and psychologically. Again time to break up!

Just like me who foolishly thought there would be such a thing as perfect timing in relationships, people who have found the right person in their life usually spend time together.

Whether this is an activity you both enjoy or something you do to learn more about each other, if he doesn’t want to go out and try new things with you then there are problems.

When You’re Just Not Happy

If your relationship makes you sad, lonely depressed, angry, or even scared then it’s time to break up. Sometimes it takes courage and motivation from outside sources like family and friends for people to realize that they need to get out of such a toxic relationship. So next time you feel like ending your relationship, look at these red flags first!

When You Feel Trapped In The Relationship

If you are asking yourself “How did I end up here?” the corners of your mouth turn down when you think about being together and if there are things in life that make you happy but your boyfriend or girlfriend is always involved in those things too, then its time to break up with them before they drag you down.

If your partner feels that he can change what bothers him about you instead of accepting the issues, then it’s time to break up because it’s unfair for both of you. This kind of relationship never works out because changing someone is like trying to blow air on the water so that the water remains liquid; impossible!

When He keeps doing the same things Over And Over Again

If your partner keeps repeating the same mistakes and that, never appreciates your efforts, it’s time to say goodbye. We should not stay in a relationship where we have given all our best but still, there is disappointment everywhere it hurts.

When there are issues with people they will find solutions rather than being stubborn and facing problems over and over again. Even though you love someone very much it’s important to leave a toxic relationship before getting hurt further by staying together for too long.

When The Communication Has Broken Down Completely

It may be hard to know what went wrong especially if there were no early signs of an unhappy union but when the communication has completely broken down that’s definitely a serious sign that something is wrong and you shouldn’t stay in such a relationship.

When You Have Reached The Limits Of Your Compassion

If the only thing that is keeping you together with your partner is a pity then it’s time to break up before it gets too late. When you find yourself always feeling bad about the state of affairs that seem to persist without any hopes of change, then things definitely aren’t working out for the better. You must walk away from this kind of union before it destroys you completely!

The earlier these questions have been answered the clearer it becomes whether or not it’s time to break up. I will conclude this post by saying that there is no single ‘right’ time to break up, at some point, it’s just going to happen and sometimes sooner rather than later. But for those of us who feel like we’ll never have enough reasons, try looking closer at your situation and being honest with yourself. Don’t stay longer than what’s good for you. Take care, everyone!

Knowing your heart; Don’t base your decision on fear or emotions. It’s important to learn how to listen to yourself because at times we tend to ignore our gut feelings and go against them. Look inside yourself, know what you want, don’t stay in something when you aren’t happy even if it seems hard at first. This is the time where you have to be strong and break free, not to listen to your heart but to what you feel inside. 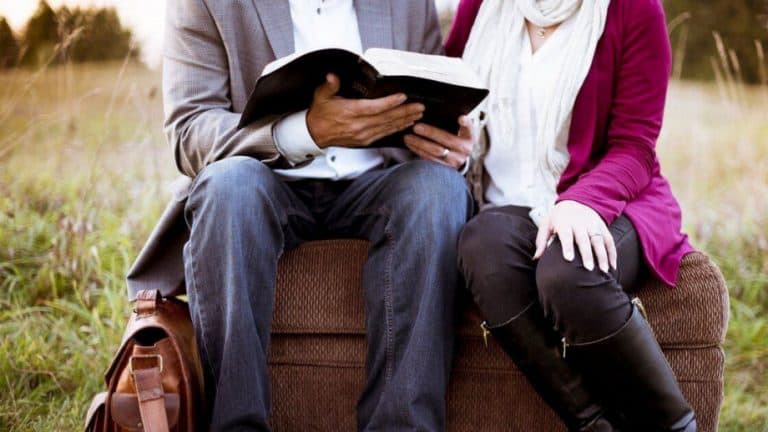 In today’s fast-paced, digital world, it can be hard to find the time for one another. The best way to stay connected is through God’s Word and Christian books. We’ve compiled a list of 25 Christian books that couples can read together to help you grow together in your walk with Jesus! The most important… 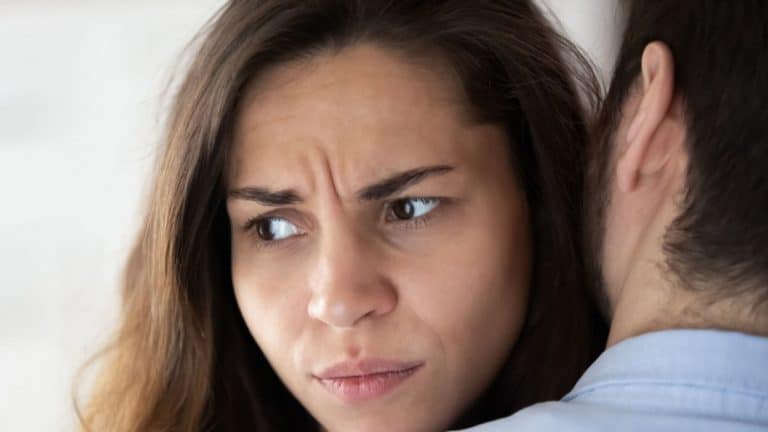 Can a cheating spouse be faithful again? Hmmm Good Question. Infidelity can be devastating – not only because it means that the person we love has betrayed us, but also because it often leaves us feeling like there’s no way back from betrayal. But as hard as it may be right now, we believe there… 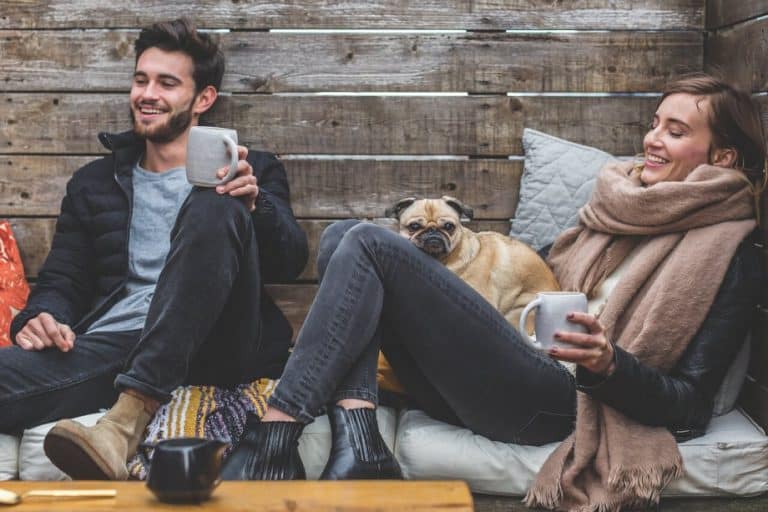 If you’re considering marriage, premarital counseling is a great idea. In this blog post, I will share ten reasons why you need premarital counseling, and why we think every Christian couple who wants to have a healthy marriage should seriously consider it! To be honest the process of getting to know someone before committing to…

After being single for 6 years, I knew that there was a part of me that had somehow shut off from the face of the earth. I had read books on dating but not on Healthy Boundaries In Christian Dating. While single, I had become so used to operating in my own skin, my own…

If you are wondering what the bible says about dating and relationships before marriage, then you have come to the right place. Either you are dating, courting, or preparing for marriage then these bible verses are for you. If your dating your boyfriend and are having trouble we have a section where we share the…

Recently, my wife and I had the opportunity to lead a Christian pre-marriage counseling session. As pastors, we knew it was important for us to have questions prepared in advance. As a pastor, we had gone through premarital counseling when we were preparing for our marriage. However at this point, we have not yet taken…